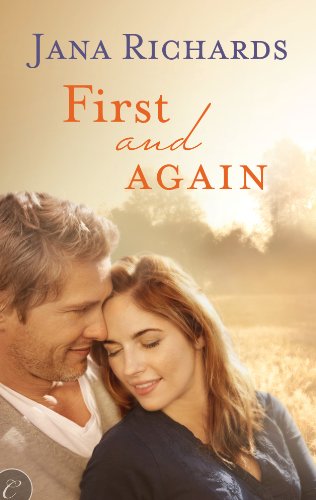 about this book: First and Again is a story of coming home. Bridget left her small hometown in North Dakota as soon as she could, convinced that her future was in the big city. She left everything behind, including Jack, her first love. But when her marriage and her business both fail, she has no choice but to go home. She tells herself this move is just temporary, until she makes enough money to get back on her feet again. What she doesn't count on is falling in love – with Jack, and with her hometown.

Writing about small towns is something that comes naturally to me. I grew up in a small town of seven hundred people. Actually, I grew up on a farm fourteen miles from that small town. Since then I've lived in towns and cities in a variety of sizes: 5,000 people, 10,000, 35,000, 250,000, and 750,000, not necessarily in that order. What I know about small towns (and what Bridget hates) is the 'fishbowl' syndrome, the feeling that everyone knows your business and you have no privacy. But what both Bridget and I have both learned is that small towns are communities, and the people in these communities pull together. They're there for you when you need them. That's what makes them home.