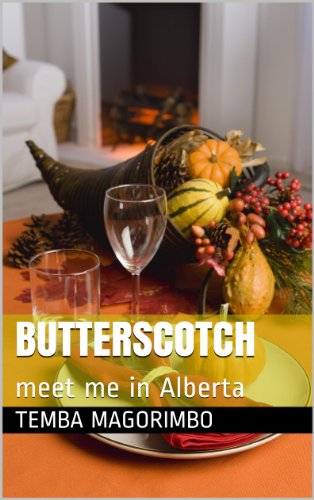 Book: Butterscotch - meet me in Alberta by Temba Magorimbo

about this book: He starts his apprentice training and concludes without a hitch. He is a hard working person. Jobs are far in between when he meets Virginia who is training as a nurse while he whiles away the time as a lecturer. Sometime later after a hectic search he lands a contract job far away. Virginia dumps him. Years later he meets and married a teacher. Then he meets Virginia again just when opening to Canada happen. The race is on from the moment Raphael sets for in Alberta after getting an oil sands job. All the while in Zimbabwe he had subsisted on small part time but lucrative contracts. Now he is in the money league. To add salt to injury things are not kosher between him and his wife Dorothy. He has a mistress, a girl that once dumped him years ago, unfortunately Virginia is married. Will Raphael break two marriages in order to be with Virginia? Will Dorothy take it lying down? Meanwhile nature is moving as a third front.