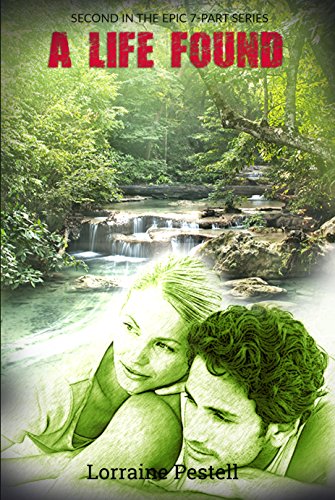 about this book: "A Life Singular" is a six-part serial by Lorraine Pestell, a British Australian currently living in Melbourne, Victoria. She is a longstanding sufferer of Post-Traumatic Stress Disorder, with all its associated symptoms, and is hoping that her books will broaden the understanding of mental illness through the universal appeal of a love story set in the sparkling world of celebrity.

Part Two, released in December 2013, continues the journey of Jeff Diamond, a successful rock musician and philanthropist, back through his life while he writes his autobiography. The love of his life, Lynn, was taken from him and their children by a jealous misfit with a gun, and he traces his way back to 1972, in an effort to document the dimensions of their love which have not previously surfaced through glossy magazines and television interviews.

As for all parts in the serial, the underlying themes of "A Life Singular - Part Two" are the triumph over mental illness and the immeasurable value of love and support while sufferers make their way through life's challenges. This part of the story takes us through the collision of two soul-mates, two vastly different childhoods, two burgeoning careers and the insurmountable control which others can exert over the lovers' destiny.

Lorraine seeks to attract readers from all age-groups and walks of life. Her goals for the serial are: first, to inspire fellow sufferers of mental illness to triumph over their symptoms; and second, to encourage non-sufferers to tolerate, support and even love us in our efforts to life a 'normal' life.

The original story running through all six "A Life Singular" books has been under development for over 35 years, with most of the hard graft in the last 5 years. Part Three will be released in June 2014, with the aim of producing the remaining parts at six-monthly intervals. By releasing the final part at the end of 2015, the story will end in contemporary times.

Each part is inspired by a classic European novel, Part Two's being "Cyrano de Bergerac" by Edmond Rostand. Many of the author's own experiences served to shape this novel, having struggled to persevere through depression and suicidal tendencies. One of her greatest pleasures while writing was to set particular scenes in some of the places she has lived, especially showcasing Melbourne, Australia, for its diverse population and multitude of arts, music and sporting communities.

The whole serial spans a period of almost fifty years, which has resulted in an interesting exercise in retrospection in terms of technology, particularly for Lorraine, who is an IT professional by day. "A Life Singular - Part Two" is set in the early 'seventies, when there was no such thing as mobile telephones or the Internet. Video cassettes allowed us to record and replay from the television and movies were still mostly seen at the cinema. The private life of a celebrity was relatively easy to protect in those days, and young people were resigned to their parents' control.

It is Lorraine's sincere hope that the "A Life Singular" serial will help others struggling with mental health issues to take heart and that it will encourage us all to exist more harmoniously with our fellow human beings, no matter where they come from or what their beliefs might be.