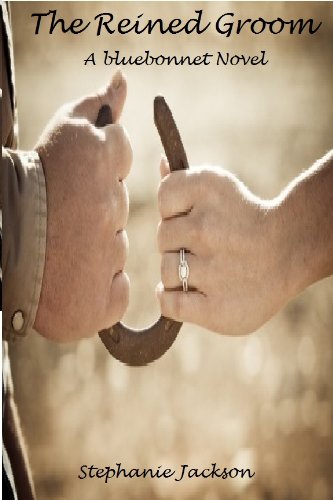 about this book: This book is a continuation on the story of Cassie and Nikki from my first book, Lasso Me a Mom. It is set in the fictional city of Sterling, Texas.

Nikki McGregor has big aspirations to become an elite dancer. With a full scholarship to Diamond Dance in her sights, she'll do whatever it takes to make her dream come true. However when suspicions that her boyfriend is cheating on her, a dance scout watching her closely, and the recent news of her mother's engagement arise, it's become hard for her to keep her priorities in order. Her life is spinning out of control faster than she can complete four pirouettes.

Cassie McGregor has enough on her plate to worry about: along with getting news that her daughter isn't planning on going to college, she must deal with her mama's boy husband to be Jeffery Raines and her fiancé's "momster-in-law", as well as plan and organize her wedding.

As the wedding date looms closer and a medical emergency arises, Cassie and Nikki will soon have to learn the values of family, dedication, and self-acceptance before making it down the aisle.

The story for The Reined Groom came to me from a dream. In the dream, The Reined Groom was a movie and I was watching it in theaters. Nancy McKeon, my favorite actress, played one of the two leads Cassie McGregor. She became my inspiration/template for the character Cassie. After I woke up from that dream, I knew i had a great story to tell and I got to writing the same morning. Originally the title of this book was going to be called 'Cassie and Nikki' but I felt that it was too plain and too simple.

I asked my sisters for their input and one of them suggested The Reined Groom as a pun on reining in a horse and the main male character being depicted as a mama's boy. I immediately decided to use it and when i told friends the title they loved it. It's all thanks to them that I came up with a great title. I had to research a lot of things for this book, mainly acro dance, weddings, and ranch life.

I just wanted to tell my readers/followers that you should never give up on your dreams. I have always dreamed of being a published author and I decided to self-publish because I believe in making things happen rather than waiting for them to happen. It's true that dreams do come true; you just have to decide if you want to wait for it to happen or make it happen.

This book is mainly geared towards women because it is a contemporary/contemporary women novel, however I'm sure men will enjoy it as well. This is the second book by Stephanie Jackson (one of the four co-authors of Two Pair: A Quadruple or Nothing Story).