Book: The Meaning of Children - Stories by Beverly Akerman

about this book: The Meaning Of Children (complete series) is a collection of 14 stories, divided into three parts, that I wrote between about 2004 and 2010. Most of the stories were published in literary magazines, in print or online. A number have won or placed in competitions; while still in manuscript form, the book won the 2010 David Adams Richards Prize for fiction.

I was in my 40s when I started writing these stories, following a decades-long career in molecular genetics research (no, really!). I always thought I would be a writer "some day." That day came not long after my father-in-law died of lung cancer.

These stories capture pivotal moments in the under-appreciated world of girls and women, in childhood, adolescence, parenthood, or life as a whole. Disparate decades and narrative voices are woven together by themes of sex, death, and social prejudice. And love, of course, always love…a girl discovers a fear of heights as her parents' marriage unravels; a thirty-something venture fund manager frets over his daughter's paternity; an orphan whose hands kill whatever they touch is accused of homophobia; a suicidal daycare worker has a very bad day; a mother of two can only bear to consider abortion in the second person; the wife of a retirement-aged professor finds him unconscious near his computer…The Meaning Of Children speaks to all who—though aware the world can be a very dark place—can't help but long for redemption.

Here are some of The Meaning Of Children's recent 5 star reviews:

• "I can't stop thinking about this book...I can't remember a book, let alone a collection of short stories, where I could identify so heavily with the emotions and feelings of the characters." ~Martin Crosbie, author of My Temporary Life

• "An illumination... maintains a sense of wonder throughout...with writing that borders on poetry, displaying the brilliance of a Jonathan Safran Foer without the modernist literary devices...Remarkable in its intensity and craft, "The Meaning of Children" is a book that bears discovering, and Akerman a writer to watch." ~Samuel Peralta, author of Sonata Vampirica

• "Akerman crawls into the minds of so many different characters and each time makes them believable. She holds childhood out like a rough stone, chipping away at its many stages until the book becomes a fine gem. I read every story with delight, grateful to be in the hands of such a skilled writer." ~Cathryn Wellner, writer and reader

Read them yourself and let me know what YOU think. 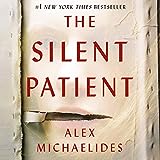