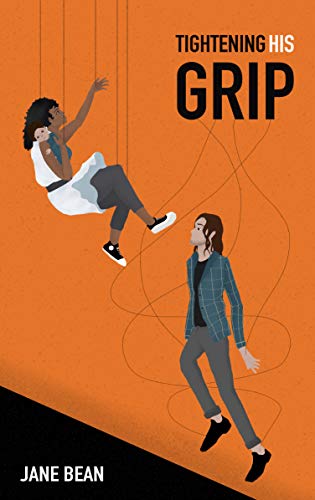 about this book: Tightening His Grip is Book 2 in The Main Man Trilogy.

Book 1: His Willing Marionettes started out as a short story entitled Nature or Nurture – a tale of three classmates – narcissistic antihero Darren and his two co-dependants Joel and Grace. After writing the short story, the characters wouldn't give me any peace until I had expanded their tale to a full length novel. Originally called The Main Man, this took them on a three year journey through school and into a new phase in their lives as eighteen-year-olds. At age fifteen, Joel and Grace have a crush on Darren and willingly do his bidding, bringing all three to the brink of disaster. The ending to this book was inconclusive, so once again I felt the urge to continue.

In Book 2: Tightening His Grip, we find our antihero Darren up at Oxford University, intent on following a career in politics as an MP at Westminster. Joel and Grace, now a married couple, expect to be free of him at last, allowing them to carry on with their lives unhindered. But when Joel approaches the local building company for an interior design contract, he finds that Darren has inherited the business from his late father, and he has no intention of advancing Joel's career. There are too many scores still to be settled, and revenge is uppermost in Darren's mind. And then a secret is revealed about Joel's parentage.

This part of their journey ends with a cliffhanger giving rise to Book3: The Devil's Servant (still a work in progress).

Amazon review: "Tightening His Grip is a fantastic sequel to His Willing Marionettes. The treacherous journey of a narcissist and two 'friends' who are caught in his grasp continues with even more darkness and secrets revealed."