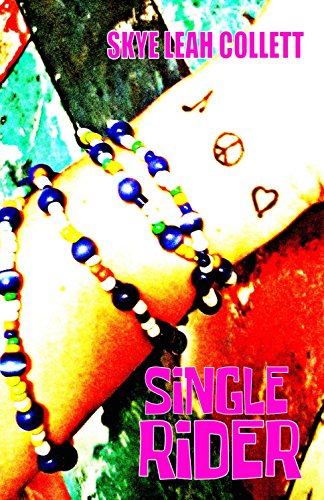 about this book: Take a wild ride with Kenzie and the men she doesn't need in her life right now.


First-time author of Single Rider, Skye Leah Collett, refuses to concede that her debut novel is in any way autobiographical.

Her ex-husband doesn't buy that.

He won't shut up about the similarities between himself and the vibrantly likeable, supporting character, Dash. Unrelenting in his conviction that the imagined fellow's resemblance is as unsubtle as the nose on his handsome face he's adamantly staked a claim in sharing any perceived, future, celebrity entitlements.

He is also one of this author's biggest fans.

Follow Skye on all her socials for a sneak peak of her new upcoming release - Britta, from a small town.
Britta and Jonesy, they're tight for siblings.
She'd do anything for him and he's looked after her since they were orphaned youngsters taken into care by their elderly Nan.
Jonesy thinks he's the only one making sacrifices and burdened with responsibility.
Britta's life has turned upside down quicker then she ever imagined. She's constantly surrounded by Jonesy's sketchy mates, a woman was just killed in her front yard and the cops are tying to pin it on her brother. The lead detective on the case is her high school boyfriend, and oh yeah, she's eight months pregnant and nobody knows who the Daddy is.
All Britta wants is to eat fast food and everyone else to piss off and leave her alone.