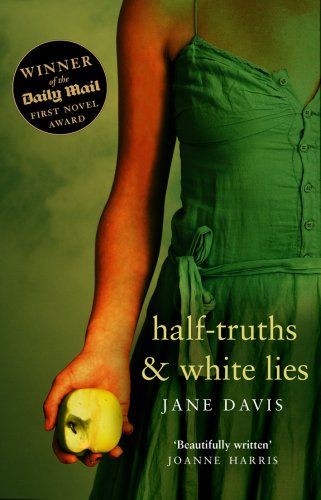 about this book: Chance played a great role in my route to publication. It was by chance that I heard about the Winchester Writer's conference a week before it was held in 2008. And it was by chance that I chose to attend a lecture held by Jack Sheffield of Teacher Teacher fame. Because if those two things hadn't happened, I wouldn't have learned about the Daily Mail first novel award – two days before the deadline for entries.

I received the call from Transworld to tell me that I had won the competition when I was at home on my own and, because I was alone, I wasn't quite sure how to react. There was no one to ask, 'Did that just happen?' I can completely understand the sentiments of Myrrah Stanford Smith who, at the age of 82, signed a three book deal with Honna. Receiving the news by telephone (as I did), she says that she was 'Gob-smacked.' She insisted on putting down the phone, pulling herself together and ringing them back to make sure it was true. She had expected the manuscript to be returned with a rejection letter. Myrrah also summed up what it means to see your work in print beautifully. She said "To have my book, my words, in my hands as my very own book - it was wonderful."

My working title for Half-truths and White Lies was 'Venn Diagrams,' born out of a request from a colleague to draw a diagram to represent my (somewhat complicated) network of family and friends. Transworld quite rightly pointed out that the phrase was coined in the 50's and might not mean anything readers of a certain age, and that others might confuse the book with a mathematical textbook. But for me, overlapping circles remains a far better way of illustrating modern families than the traditional tree.

To give you a taste of what Half-truths is about, firstly, it's the struggle of a young woman to find her own identity after she loses her parents in a horrific motor accident. It's also a story of two sisters who were treated very differently by their parents, one labelled as beautiful and one labelled as clever, and the impact that those labels had on them. It's a story about that very confusing word called love, and that particular situation when we cross the line between friendship and something more, and all of the messy repercussions that follow. It's about the choices and decisions we make and how the impact of those decisions resonate through time. It's about the secrets between a group of family and friends, and the lengths that they will go to to keep them hidden. It's the story of what one man will go to undo the damage he's done. And it's about forgiveness, because it's amazing what friendship is capable to surviving. But, of course, there's no one character who knows the whole truth at the beginning. And our starting point is this very volatile situation in the aftermath of the accident when the characters are at their most vulnerable and anything could give. It's a bit like my house which is very old and decrepit: my partner Matt will start tapping a patch of loose plaster and suddenly he finds himself with a pile of rubble where the wall should be.