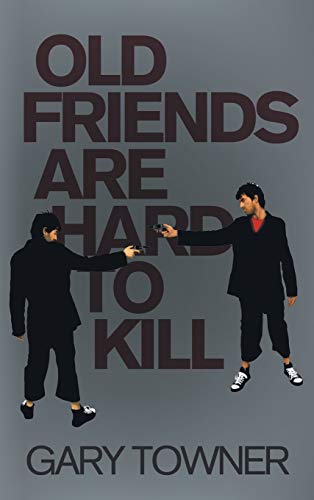 Book: Old Friends Are Hard To Kill by Gary Towner

about this book: A ex-CIA agent is ordered to kill a rogue fellow agent. He is shocked to learn his mark is an old friend. He reluctantly obeys the order. But after years of trying to crawl into a whiskey bottle to forget, and many bouts of therapy, the fact arises that the kill most probably didn't take and a confrontation is considered inevitable. Bringing the situation to a stunning finale, and after he is framed for murdering his wife, the agent travels to Guatemala to confirm reports his nemesis is indeed alive and leaving a bloody trail of atrocities similar to what the CIA considered ample reason to have him terminated. The two ex-agents now are reunited atop the the Mayan temple at Kukulcán. But now the the beautiful agent Summers is squirming rope-bound between two pillars at the same location. If the reluctant agent fails to kill his old friend once and for all this time, Summers will be brutally sacrificed.