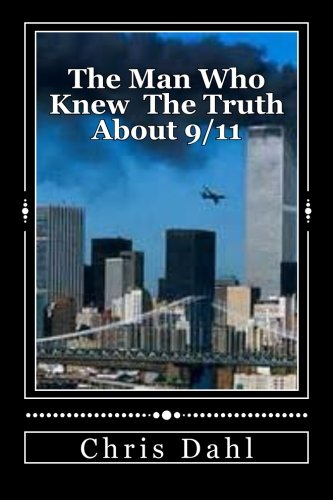 about this book: The police get a call that there is a dead man in a hermetically sealed townhouse. Upon arrival, the police find a man slumped over his kitchen table, dead. Surrounding him are piles of dog-eared books, ragged notebooks full of diagrams, sketches, random passages from his many books and from various websites. Police are baffled when they inspect the scene. Baffled, they call in a neighbor, who volunteers to read through these cryptic journals and to organize them into some sort of cogent form. When he is done, he has little more insight into what that dead man had been doing than he had before, but he does know that everything he had perceived as reality is in question. He is left wondering what had happened. Moreover, all he knows for certain at is that there is a dead man in his neighborhood, this book was left in his wake and that he had started "celebrating 9/11."

Celebrating 9/11 is not actually a "celebration", but it is an examination of a uniquely modern phenomenon: that of the obsessive "conspiracy theory" type. It delves into the post-9/11 craze for what some believe to be the truth, whether it is true or the figment of twisted need to avoid the reality of that Tuesday morning in 2001. Ultimately, it is an intimate, if not fictional, look into this psychological state.