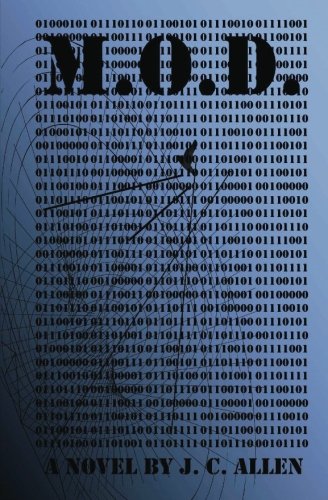 about this book: Scott is a young FBI agent partnered with a 14 year veteran, the temperamental Sheelia Tanner. The elusive MOD hand-picks the two agents to toy with in their home town of Vero Beach, Florida, with the ultimate goal of recruiting agent Carver. Eluding authorities for decades while building his war chest, MOD has pirated trillions of dollars worth of funds and equipment for his rebellion. He aims to topple the government in the name of the Constitution and its founding fathers.

While Scott accepts the proposal to join, Sheelia rejects it and is approached by one of MOD's former adversaries, "MaStErMiNd," who is still doing time in federal prison for crimes which he believes MOD set him up. He thinks he can help Sheelia catch MOD, for a price: his freedom.

Sheelia, with the full support of the President, accepts the offer, kicking off a digital struggle over the fate of the country. Political and ethical lines are blurred, right and wrong are no longer black and white, only fuzzy shades of gray, as the two sides face off in an inevitable showdown that will change history.