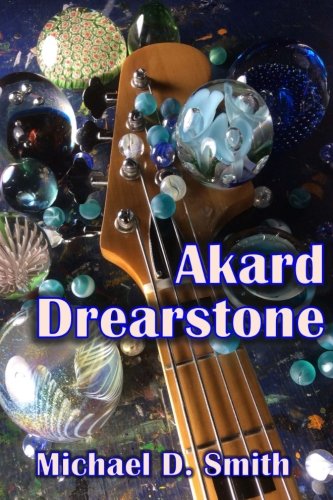 about this book: A cinder block falls on Akard Drearstone's head and he trades his print shop job for lead guitar. Months later, as the four members of the Akard Drearstone Group face the onslaught of national fame at their rural Texas commune, twelve-year-old Jan Pace nurses her crush for the narcissistic, paranoid bassist Jim Piston, growing up way too fast in a surreal summer between seventh and eighth grade.

Aside from a couple early practice novels, Akard was my first real novel and my attachment to it has been deep. Although it began life decades ago as a passionate, sprawling, and unpublishable 1,587 typewritten pages about the rise and fall of a rock group in Texas in the seventies, over time I've turned it into a literary novel reflecting current concerns. I'm not just polishing up some decades-old manuscript I feel nostalgic about; there's some karmic life-destiny about finally publishing Akard through Sortmind Press. I'm astonished my cover turned out so well, and the print version looks glorious. Best of all, the final Akard is just 18.5% of the original in length!

This novel has been on my mind since 1975, but I estimate that over these decades I've spent approximately eight years on this project, abandoning it and then returning to it every twenty years or so (that sounds so casual!), trying to nail down why it's been so important.

The central vision was my secret desire after graduating from Rice University to live in an artistic commune. Since I couldn't do that, and being a rigorous introvert probably would've hated it anyway, the next best thing was to write about it. I decided to throw everything into what I knew would be a massive work unlike anything I'd done before. It may be that the stretching involved in Akard, the disbelief that so many characters and so much plot could so effortlessly flow out, is the reason I've been so committed to it. Akard, which I now consider a "historical novel" about an alternate American 1975, definitely pointed towards the rest of my novels. Its lineage can be traced through three different eras:

The idea for the novel came as I idly examined two sheets of blank square pink paper at my job in August 1975. In a burst of inexplicable high energy it occurred to me to make these into a record album, which I proceeded to draw over the next hour, taping the sheets together to form a double album's front and back cover with interior notes. I pored over the completed thing for days afterwards, enthralled with the results, song titles and band member names immediately calling forth plot and characters.

I wrote Draft 1 from February 1976 to March 1978, astonished at what flowed out: dozens of characters representing all the psychic forces I could imagine, bizarre unfolding plots and subplots. Looking back on Draft One years later, I realized this ungainly beast contained one good novel, one bad novel, and three mediocre novels. Draft 2, from May 1978 to December 1979, was still too long and complicated, but it became a testbed for new writing technologies and for strengthening novels in the future. I declared the novel done in October 1980 and proceeded to start typing a manuscript to submit to publishers, but by the end of summer 1981 I aborted the effort. I'd outgrown this thing, had new writing to explore, and didn't have the heart to finish typing out the final thousand pages just to complete a project.

After writing several other novels I realized there was unfinished business with Akard and I completely rewrote it in 1992-94 with a new structure of putting myself inside the mind of a twelve-year-old girl. Jan as the main narrator enabled me to thoroughly revise and slim down the novel; the reader can feel aghast at her doomed infatuation with the mentally disturbed bassist Jim Piston and the thoughtlessness of the crazed adults supposedly looking out for her. The epilog set in 1981 provides some distance and shows her eighteen-year-old self finally choosing life.

I wanted to consider this effort publishable, but … for some reason … I never got around to submitting a query letter. Maybe it was because the end of Chapter 1 had bothered me for years, and I always felt that if I could just go in and revise that one thing, the novel would be perfect. But opening up that chapter to edits in 2004 got me looking at the rest of the novel, and before I knew what I was doing I'd committed to another revision, and so ten years after considering the novel complete I'd cut the 722-page manuscript down to 574 for a much more coherent novel. But I was never confident of my ability to achieve publication for the 2004-05 version, either. Though an emerging eBook revolution was already underway at this time, I had nothing but a hazy knowledge of it and so considered mailed query letters as my only route to print publication. But again, I never sent a query on this one!

By 2010 I realized I'd gathered enough tools and insight to take a fresh look at Akard and to assess its karmic force in my life. I knew there was no point to perfecting this novel unless I was ready to send it out to publishers. New drafts in 2010, 2011, and 2012 strengthened the work considerably and shortened it to 124,000 words, and I did finally begin sending queries to publishers. As mentioned above, if the Ur-Akard was one good novel, one bad one, and three mediocre ones, what was left at this point was the one good novel.

But I was uncertain enough about the 2012 version that in the spring of 2017 I wrote an "Akard Evaluation Essay" before rereading the novel, fairly certain I'd abandon it forever. But I saw that the only serious problem was the slow-paced construction of the first thirteen chapters, which would put off almost any reader from discovering the marvelous energy starting with chapter fourteen. I revamped the thirteen to a spirited nine and also leaned on new writing technologies developed over the past few years of novel publishing to truly revamp the book. The 2017 publication by Sortmind Press got Akard down to 122,360 words, an infinitely more readable story than any of the previous attempts. I truly committed to this novel in a way I hadn't previously dared to, ridding myself of attachment to previous versions. Somehow all existing and new 2017 writing meshes into the true vision of the novel I've been nurturing all these years.

In 2011 I realized a long-standing desire to scan in the 1976-1978 rough draft of Akard Drearstone. It came to 661,581 words! The original book is now just a distant ancestor of its 2017 progeny, sort of like some Civil War cavalryman the family speaks of every now and then. 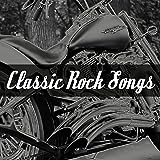 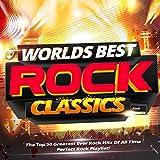 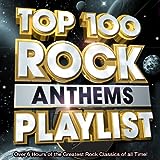