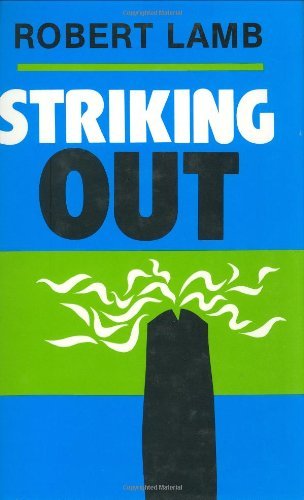 Book: Striking Out by Robert Lamb

about this book: Striking Out, a coming-of-age story, was my first novel. Nominated for the PEN/Hemingway Award, it seems to resonate most with males who came of age in the 1950s. Published in 1991, the novel is still in print and I still get phone calls from readers in other parts of the USA who tell me that their coming-of-age experience was exactly the same as that depicted in Striking Out. I rejoiced to hear evidence that I had written a story with a universal theme.

The most difficult part of writing the novel was "getting" the voice of the 17-year-old youth I once was, for by now I was a grown man with children of my own.

It me took me about 18 months to write. The title reflects what I as a teenager always did with girls, i.e. strike out; the title also reflects leaving home to try to find where one belongs in the world.

The most important thing I learned from writing this novel was that I could indeed write a novel, a good novel.

Quoting Henry Ford, American industrialist, I say to my readers what I say to all my writing students: "Whether you think you can or think you can't, you're right!"