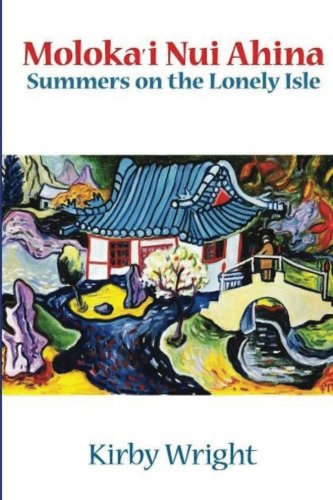 about this book: I was compelled to write this book after my grandmother passed away. She was the only one in my family who believed in me as a writer and she always wanted to write a book herself but only had a third grade education from Sacred Hearts Academy in Honolulu.

"Write about me, Peanut," she told me, "write about my 50 years on this godforsaken rock."

She did hate Moloka'i, at first. She was a spoiled city girl from Honolulu who'd had 2 bastards out of wedlock and ended up marrying a World War I vet who was a founding member of the Outrigger Canoe Club.

I knew I had to write about her when I left law school to attend her funeral and heard an AUWE lament in Father Damien's Church as her friends on the east end agonized over her passing. They called her "Brownie." I knew I had to write her stories and most of them are included in this book that captures my string of 13 straight summers with her on her horse ranch. There are stories of Night Marching Ghosts, magical Kahuna Women, and visits by two of Brownie's ex-husbands.