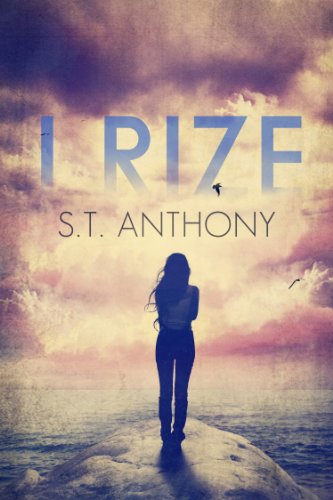 Book: I RIZE by S.T. Anthony

about this book: This book is about a girl named Adny who is a high school senior. Three weeks before her graduation, she contemplates whether her life is worth living anymore. She leaves a series of videos behind which leads up to the moment where she decides to find hope in her struggle or continue to fight against the never ending bullying.

This book is based off a poem I wrote when I was only 16. Similar to the character Adny, I was also bullied in high school. Four years later at the current age of 20, I wrote the book during my sophomore year of college. The poem itself is used throughout the book to promote the overall message of forgiveness.

The title, I Rize, came from a conversation I had with my five year old cousin, who is 6 now. She came to me crying one day because a classmate in her kindergarten class called her stupid and told her she smelled bad. I tried to think of creative ways to explain to her that everything was going to be okay. I found a piece of sandpaper in the garage and asked her to write the words I Rise down. Instead, she write I Rize. The entire experience helped me to write the first video, which is one of the most important scenes in the first chapter.