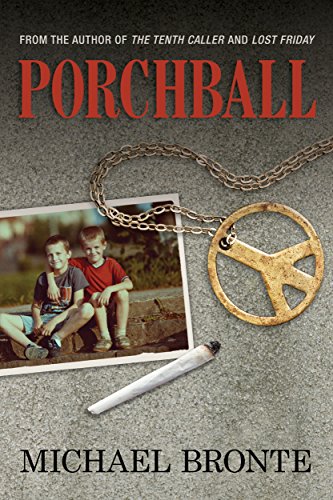 about this book: 1969 was one of the most memorable years in our history. We'd just come off the assassinations of Bobby Kennedy, Martin Luther King, and the brutality of the Democratic Convention the year before. The country was up in arms over the war in Vietnam. The moon landing would happen that year, as well as Woodstock. The Beatles would break up, and the police in Greenwich Village would cause a riot when they raided a gay bar called the Stonewall Inn. It was the counterculture vs. the Establishment and it seemed as if the whole country was protesting something.

Brownie wrote his own history that year: he smoked his first joint, and got laid, both of those momentous events taking place in the sun and the mud at Woodstock. He also attended Alliance College, and while there was no war there, people died, victims of an evil crime network fronted by a fraternity house cook name Dandy Don. Brownie and his best friend become inextricably tangled in a web of crime, bribery, depravity, and degradation.

Porchball is a story of loyalty, betrayal, and deception. Ultimately, it's the code by which the game of Porchball is played that rises above all other of life's principles. When a fraternity brother explains that no one cheats at the game, Brownie doesn't understand. It's simple. "Everyone is taken at their word," says the brother. "Everyone does the right thing."