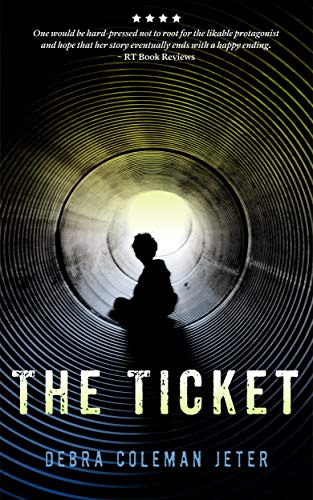 about this book: I. Theme
Three generations of women in a small Southern town find hope in the lure of a 1975 lottery win, but ultimately their redemption takes an unexpected form.

II. Short Synopsis:
When a small-town Southern family given a ticket wins the 1975 state lottery, the mere anticipation of sudden wealth forces three generations of women—14-year old Tray Dunaway, her mother Evelyn, and grandmother Ginny—to confront issues of greed and generosity, selfishness and compassion, doubt and faith. In the meantime, the cash-strapped buyer of the ticket is driven to threats and possibly to violence.

His threats particularly traumatize Evelyn, who suffers from bipolar disease, with repercussions affecting all three women: the beautiful but troubled Evelyn, the creative teenager Tray, and the resilient Ginny. The hope initially sparked by the lottery win gives way to sorrow, but eventually all three women find their way toward deeper understanding and redemption.

III. Inspiration for The Ticket:
First, I wanted to write something to show of how little importance wealth really is, though we often spend way too much time thinking about money. Once I decided to write about a family with financial troubles winning the lottery, then I thought it might be interesting if someone else bought the ticket and gave it to them ... which leads to a lot of the twists in my plot.

Second, I wanted to pick a time when a fourteen year old was more naïve than today's teens typically are. Also, I wanted a time before cell phones and social media. Finally, I chose a period when the states of Kentucky and Tennessee (the states where I've spent most of my life) did not yet have a lottery, and so the idea of winning a lottery was particularly novel. You had to cross into another state just to buy a ticket.

I included some edgy scenes in The Ticket. One in particular caught some flak from some readers. I felt it was important to include this scene for a couple of reasons:
First, it provides an opportunity to round out the character of Pee Wee, the man who buys the ticket. Up to this point in the novel, his behavior makes him seem ominous. This scene shows that he isn't evil or beyond redemption. But, more importantly, The Ticket deals with some tough, realistic issues. The situation referred to in the controversial scene is one that arises all too often, and I think it's important for young women or boys who might face something like this in their lives to know that it's not their fault. They are not alone. They should not feel ashamed. Ideally, I'd like for my book to open a dialogue within families about how to handle such a situation should it arise.

Praise for the Selah-Award Finalist Novel:

The Ticket is a story that aches to be read … Debra Coleman Jeter has created a character who feels as real as you or me, with doubts, joys, problems, and dreams that seem unreachable--Ronald Kidd, Author, The Year of the Bomb

Wow! … a wonderful book. Debra Jeter's ability to portray the thoughts and feelings … is truly amazing…—Roger Bruner, Author, The Devil and Pastor Gus

This book is for anyone who has grown up socially awkward. Or with big dreams ... bigger than some say you have a right to … –Eva Marie Everson, Author, Chasing Sunsets

The story offers up riveting drama. One would be hard-pressed not to root for the likable protagonist and hope that her story eventually ends with a happy ending. –RT Book Reviews

After [reading it], I was buzzing like I'd just viewed an action-adventure movie, and realized that there wasn't all that much physical action in the story. This is excellent story telling.—Timothy Fountain, Author, Raising a Child with Autism

I LOVED this novel. Jeter has caught beautifully and poignantly the angst of the kind of teenager I was and infused the character's life with powerful plot twists and turns that kept me on the edge of my seat.—Kathryn E. Miller, Reader

Loved the style of writing, the subtle humor and the life truths that were shared—RVThereYet, Reader

Thoughtful and introspective, honest and sometimes raw, I found myself pulled in to her life. Worth your time—On This Journey of Life, Reader

The real story is how a girl with self-esteem issues deals with family relationships. Most of us can relate to those feelings of being invisible and at the same time -having everyone's critical eyes on you all the time—Judith Little, Reader