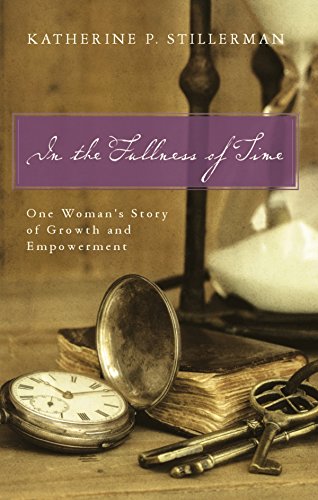 Book: In the Fullness of Time - One Woman's Story of Growth and Empowerment by Katherine P. Stillerman

about this book: In this sequel to Hattie's Place that was set in South Carolina in 1906, I decided to thrust the main character Hattie Robinson Barton into the women's suffrage movement, to see how she would respond to the challenge. I'd already established Hattie as a young teacher who cared deeply about her students and who supported progressive reform such as compulsory school attendance, child labor laws, and child custody laws. It followed that Hattie would also have been sympathetic to the women's movement of 1913-1920 that resulted in the passage of the Nineteenth Amendment.

However, I knew from my research of the era that southern suffragists faced almost insurmountable odds from their states' rights politicians, adamant that a woman's place is in the home and far away from the political arena. I knew that Hattie and her circle of friends committed to improving conditions for women and children would undergo the fight of their lives in convincing their men to grant women the right to vote.

As I crafted the plot, I realized that Hattie would also have personal challenges to overcome, not the least of which would be finding her place as the young wife of a prominent widow twenty-three years her senior, and as mother to his four sons.

In the Fullness of Time evolved into a coming of age story—Hattie Barton's story of growth and empowerment.