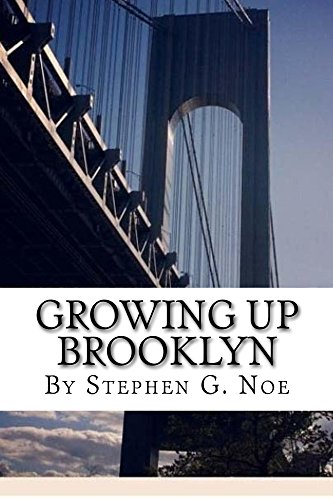 about this book: Steve had everything a young teenager could want; friends, family, sports, and a growing confidence in himself and his world. What he didn't have was a girlfriend. Then one day Cinderella walked down 69th Street and things would never be the same.

This nostalgic recollection takes the reader on a humorous journey to Brooklyn of the late 70's; the characters, and charm of growing up in a neighborhood where children played on the streets, looked up to the greatest generation, yet still had hopes and dreams to find their own way. Dealings with crazy friends and older bullies, partaking in street tough games, experimenting in some minor vices, running from neighborhood grouches, surviving city wide blackouts, dishing out rank outs & put downs, and reading daily Newspaper stories of a deprived serial killer dubbed "The Son of Sam", were all part of that crazy time.

Set off on a roller coaster journey that starts in the molten hot New York summer of 1977, and ends in the winter of 1978. Many magical things happened in Steve's Bensonhurst during that brief 10 month period, but although we tend to reminisce about the good, there is always a flip side to every story. Sure there is euphoria in Steve's pursuit and courtship of his first true love, but their meeting was eventually shattered by the dark hidden secrets of Cinderella's family.

Son of Sam might have seemed separate and distant from these characters, but this fairy tale has its own ugly Mr. Hyde. And life's monsters seem to be dead set against "Happily Ever After's".

Can love of life, youthful innocence, and love and trust for friends and family overcome abusive hate? Only Growing up Brooklyn can tell.