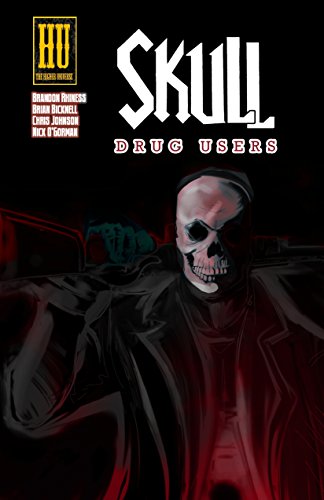 about this book: SKULL is a comic book series written by Brandon Rhiness and published by Higher Universe Comics.

Story: Skull, a deranged vigilante with a skull mask, has found a new way to wage the war on drugs: kill all drug users to eliminate the demand for the product.

Writer Brandon Rhiness created Skull when he was 13 with a Jr. High friend, Judas X. Machina (who also went on to become an author!) Years later, Brandon has attempted to keep that adolescent, teenage boy mentality, but still make it extremely violent. He has succeeded.

Massachusetts artist Brian Bicknell did the amazing artwork on Skull and Texas letterer Chris Johnson did the letters.

Canadian artist Nick O'Gorman colored the cover and did the logo.

I remember creating Skull in Jr. High (Grade 7, I think. lol) with my friend Dan, who later changed his name to Judas X. Machina. I wrote an entire script for the story in pen. I think I still have it floating around somewhere.

The idea was that I'd write the story and Dan would draw. Of course, it went nowhere. lol.

Flash forwards 20 years or so and I'd been published several comics. I was looking to do more. I thought "what about Skull?" I hadn't spoken to Dan in years and couldn't find him on Facebook (probably because he'd changed his name).

So I began creating the comic myself. After the 2nd issue came out I finally found Dan, now named Judas, and told him I'd published the comic myself. He was quite happy about that. And funny enough, he became an author, too, and has published a couple books.

Skull is exactly what I wanted it to be when I was 13. And I intend to keep it that way! 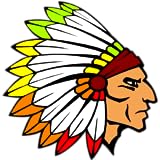