about this book: Hard Stop can be described as "comic crime fiction," a humorous look at what happens when two normally law-abiding suburban dads get desperate and are persuaded to hijack a shipment of counterfeit Viagra.

The story takes place during a long, slogging recession (sound familiar?) when companies are shedding jobs and housing prices are dropping through the floor.

The inspiration for Hard Stop was due in part to a news item I read regarding the explosion in pharmaceutical counterfeiting. At the same time, I was witnessing the impact of the economic downturn in the area where I live, an area that is host to a large number of legitimate pharma companies. Many of my friends and neighbors were laid off, though admittedly none has gone as far as Hard Stop's two desperado dads in resorting to armed robbery. (Yet.)

An interesting note: After finishing the book I found a news article out of Maryland that described the arrest of a suburban mom for selling counterfeit Viagra out of her home. Life imitating art, I guess: Story here.

The title of the book came to me during a meeting with some clients, when one attendee apologized in advance because he had a "hard stop" at 11:30. I liked the sound of that for my book used it to name the law enforcement operation that attempts to take down a slippery businessman named Shore Shalinksi, who has expanded his usual repertoire of criminal activity to include counterfeit Viagra sales.

The launch of Operation Hard Stop is the brainchild of an ambitious soon-to-be attorney general who needs a high-profile bust to drag his boss across the finish line in a tight race for the governorship.

I had fun creating the characters for this book, including a pony-tailed ex-con named Chimp, savvy female cop Nora Raines and private investigator Knocker Morris —who, if not exactly an anti-hero, is not your usual jaded-PI-with-a-conscience. He's more like a skirt-chasing mercenary who occasionally sees the light, even if it's coming from the gun barrel of a hit-or-miss assassin named Steakhouse, his paunchy South Philadelphia nemesis.

I hope that readers who've read George Higgins, Carl Hiaasen, Donald Westlake or Elmore Leonard will enjoy Hard Stop. The book is available as both an e-book and in paperback. Please visit my Amazon page to learn more. 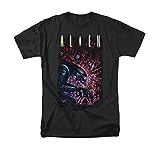