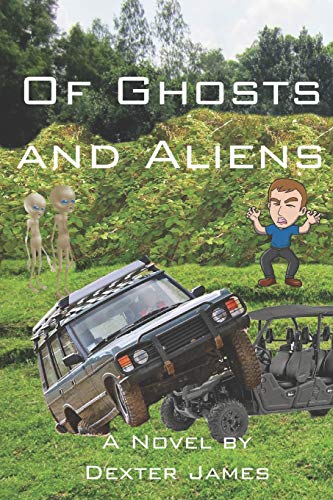 Book: Of Ghosts and Aliens by Dexter James

about this book: Albert is a man of routine, an accountant and a confirmed bachelor not swayed by opinions, theories or the unexplained, until, that is, he moved to a house in a remote part of Norfolk, England.

There, his life was turned upside down as strange occurrences began to affect his daily routine. People, some famous, some not so widely known from both the past and present are brought into Albert's world and what from the outset appeared to be a quiet, happy, early, retirement in a modern luxurious home turned out to be a nightmare as events beyond his control began to change his life, forever.

Why was his realtor not entirely truthful? Why was he having difficulties engaging contractors to come to his property and was his closest neighbour a murderer?

As his questions were answered he began to work on a quest but his comedic attempts to complete it, when he really didn't want to attempt in the first place, had left him penniless, homeless and alone – or was he?