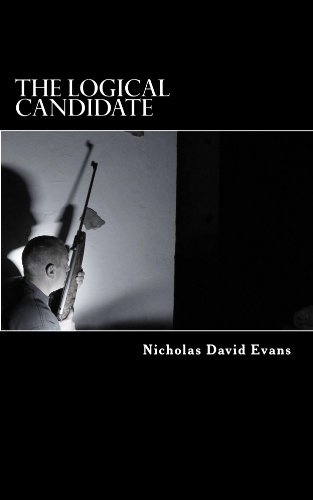 about this book: A comedy thriller of the Ealing ilk. A cross between 'The Thin Man'and 'Jay and Silent Bob'. Matt's love for Marcie and Poodley is epic. Matt,an engineer for an arms manufacturer quits his job and entirely loses his calm during a TV interview. Matt's wife Marcie, who is destined to be the next UK prime Minister is kidnapped, and Matt sets out on a thrilling rescue mission. His TV rant is taken out of context by the public and he finds himself unwillingly leading a revolution.

If Marcie finds out about Matt's night in the caravan with Jasmine, she might just kill him herself. Matt's Dad knew that Matt would end up being some kind of a modern Che, but there was not a lot he could do to stop it, not and still have time to polish his Norton.

This is a book for all ages, it is pure entertainment, artistic and political messages can only be pulled from it by using a winkle pin.