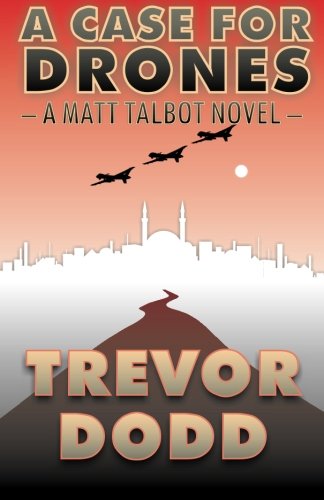 about this book: The cessation of the Cold War in 1992 had many consequences. Following the disintegration of the USSR, the Russian military was in complete disarray. The funds to continue paying troops were not forthcoming and corruption was as much a part of the culture as itchy uniforms and lousy food, and senior officials began brokering arrangements with arms dealers to sell weaponry of all kinds. The Soviet Union had developed sophisticated suitcase nuclear weapons and one of the most disconcerting legacies of these times was when several of these devices disappeared, and despite the tireless efforts of the world's intelligence organizations, no one ever discovered their whereabouts.

In 2014 another unfortunate incident took place, when three advanced drones disappeared from control screens while flying over Afghanistan. Despite repeated attempts, the pilots were unable to track their whereabouts. What's more, they had been destined for high-profile Al Qaeda safe houses and each drone was carrying Hellfire air-to-ground missiles. Suspecting that the guidance systems may have been compromised, boffins worked feverishly to figure out how to update the electronics to make them impenetrable in future.

Matt Talbot, a CIA contractor and a veteran of the war against Al Qaeda in Afghanistan, helps piece together the elements of a sinister plot against the USA, the likes of which could never have been imagined. His team's task is to help thwart the plot, ultimately resulting in previously unprecedented agreements changing the face of history between superpowers.