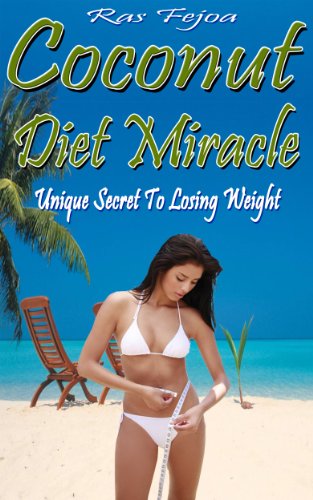 I got inspired to write this book after reading an article from someone who clearly didn't have a clue about coconuts. They gave the impression that coconut milk came directly from the coconut, instead of it being processed from the meat of the coconut.

Since I grow up drinking coconut water and eating coconut jelly and meat, since I planted coconut trees, watched them grow, climbed them, picked the coconuts and repeated the cycle many times, I considered myself more of an expert on coconuts than this person.

The primary audience of this book I have touched upon in the book itself in the chapter entitle, 'why I wrote this book'. However, the primary readers of this book would obviously be those interested in health and wellbeing. However, there are those people who are curious and skeptical of new radical ideas especially when it comes to health.

This book intends to satisfy their curiosity and end their skepticism. It is for those people who dare to live a long and healthy life. Because I was so annoyed after reading that article and because of my passion for coconuts my first research into coconut's scientific make up took me about two months.

To be honest those two months were the most reawakening time of my life. During that time I learnt so much about the health benefits of coconuts that I am sorry for not using them for the purpose that nature provided. Instead of using this elixir of life as a recreational pass time indulgence, I should have used tons more of it to make sure a long life.

Coming up with a title for the book was not difficult at all, when considering that I had discover a miracle food. One only has to look at all the evidence to see that there are mysteries and miracles surrounding the humble coconut. The diet part, although not really dieting, but rather healthy living was a natural choice since it depicts the results that could result from using coconuts.

Initially I wanted to call it 'The Miracles Of Coconuts', but someone else also knows the secret of coconuts. The cover represents the coconut diet part of the title as I wanted to represent the physical aspects of the book and not the miracle aspect. This I thought would be more appealing to readers and not something miraculous.

It represents the coconut in its natural environment and the result of a coconut diet and the young woman with the measuring tape just added the icing on the cake, so to speak. Researching and writing this book was relatively easy. The entire book was written during the summer 2013 after work, while sitting outside on the decking in the backyard with my two Rottweilers until the sun went down.

I think I wrote it all on my ipad, but the hardest part of writing this book was convincing myself that people will read it and be educated by it once you get it out there. If one person reads it gets inspired by it then it was worth writing that was my motivational piece to myself anyway.

To anyone considering reading this book I would say go for it, if you like most people have an interest in health and fitness, if you just like to learn new things, if you are curious, especially if you are skeptical get a copy. The book itself is not in story form so you can pick up the book and start reading and learning new things on every page, it is that informative.

Things that you never knew like; the coconut tree is known as the tree of life, coconuts are known as the elixir of life, coconut water is pack with electrolytes, Lauric acid that is only found in mother's breast milk, coconut oil is multipurpose internal use with miraculous health benefits and used externally for beatification.

The biggest and most valuable attribute of the humble coconut is that it has anti-aging properties; yes it can stop you getting old and wrinkled. Go check out the book today.