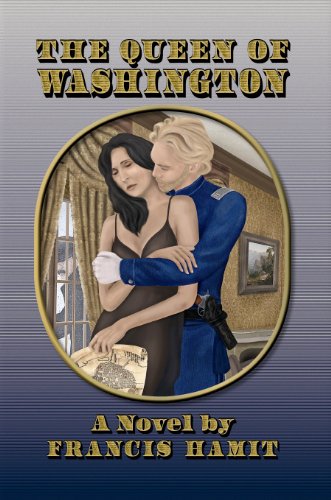 Book: The Queen of Washington by Francis Hamit

about this book: Rose Greenhow has betrayed her husband and her country, and In Mexico City and San Francisco in 1850, she attempts to save their marriage and reputations while becoming involved with French entrepreneur Jose Y. Limiantour, whose land claims in California are a point of contention between them. Rose returns to Washington and becomes the leading hostess and politicla opperative there in the 1850s, while Robert works against the Limantour land claims as Associate Law Counsel for the California Land Commission, a job which leads to to social and business relations with international lawyer and then Senator Judah P. Benjamin. After Robert mysteriously dies in 1854. Rose becomes even more powerful and the close friend of politicians such as James Buchanan and Henry Wilson. When Lincoln is elected she becomes an active spy for the new Confederate government, is caught and imprisoned for several months and then sent South to Richmond. This is part of a series which includes "The Shenandoah Spy".