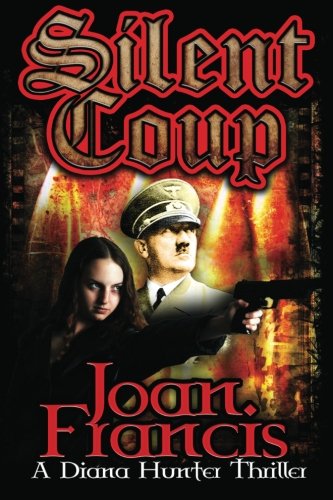 about this book: Private investigator Diana Hunter's life is upended when her mysterious and reclusive uncle, Bennett Hunter, leaves her a fortune and a large estate in North Carolina. She soon learns that his purpose in naming her his heir was to place on her shoulders the responsibility of guarding a trove of dangerous political secrets he collected over decades. She immediately finds herself pursued by men using the powers of the Patriot Act. Without any probably cause, they name her a terrorist suspect and thus deprive her of all legal and civil rights. Running, hiding and using disguise, Diana's only recourse is to learn about her uncle's clandestine life so she can identify and defeat his enemies who now pursue her. First poring over his files and then following his trail to Germany, Diana studies Bennett's life. She realizes there are frightening parallels between her current situation and her uncles position when he was caught in Germany during Hitler's seizure of power in 1931. She realizes it's not just her life, but the very foundation of American constitutional democracy that is on the line.

Joan Francis. Francis Pacific Investigations. As a history major, I had some knowledge of German history but did not know enough to answer one burning question: How did Hitler seize power? How, in just three months did he transform a constitutional democracy into an absolute dictatorship? I knew he didn't seize power with a military coup. Most American's don't know that Hitler tried that once and ended up in jail. I knew also that he was not elected. Most Americans believe he was. Actually from 1923 until 1928 the Nazis received only between 3% and 6% of the vote. At his highest popularity, during the depth of the depression, Hitler only got 37% of the vote and he quickly started down from there. By the time he seized power he had only 30%. So without an army and without popular support, how did he do it?

In researching the answer to this question I was shocked to find frightening parallels in Hitler's methods and current changes in our constitutional laws. For this reason, I had to write this story and I knew Diana Hunter could not do it justice by herself. That is when I met her uncle. Bennett Hunter took a job in Germany when he was only 21 and was there to see Hitler's seizure of power up close and personal. There is where I learned the answer to the question, how did Hitler seize power? That is how I saw his Silent Coup.