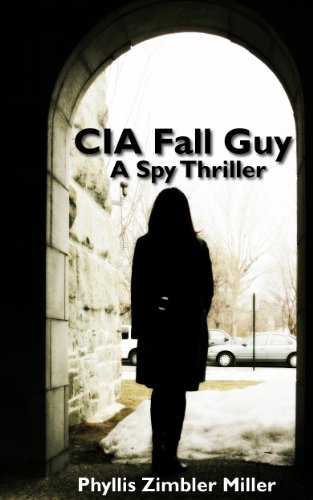 about this book: The thriller CIA FALL GUY comes out of the time in 1970-1972 when my husband was a U.S. Army intelligence officer stationed in Munich, Germany. Eventually I got a security clearance and worked as a civilian for another U.S. Army intelligence section. A copy of the reports I typed were sent to the Munich office of the CIA.

The bombing described in the thriller that took place at the Frankfurt Officers Club in May 1970 actually happened -- a few hours after my husband and I flew back from Frankfurt on a U.S. military chartered plane. We learned of the bombing when we arrived back in the U.S.

Recently on Facebook I "met" the woman whose U.S. Army husband was the first on the scene of the Frankfurt Officers Club bombing. She filled me in on some eye-witness info.

From the book's Amazon page: "Take mild mannered Beth Parsons, add a couple of CIA agents and double agents and a few Germans for good measure, and what you get is a fast paced thriller of intrigue and mystery." --Jeffrey Miller, author of "War Remains"