Book: The Search for Reason by Michael E. Dreher

about this book: Sometimes we think we got it all together, and that life is ours for the taking. That's at least, what Matthew Edwards thought. he was successful and had a great job. He drove a Mercedes Benz, wore $1000 suits, and had a Rolex on his arm. Women were drawn to him, and he took full advantage. He lived a life that all his friends wished they could. But his concept of reality would be changed in an instant when he received a phone call that turned his world upside down. A voice from the past called him to let him know that his childhood best friend had died... a friend that he had not seen since his family left Brooklyn 15 years before.

Matthew Edwards is the main character in "The Search for Reason," and life is going to throw him a curveball. The death of his childhood best friend, and a few other "coincidences" will have him searching for peace, meaning, and reason.

Matt's story has a lot in common with my own, and much of what he experiences in this book has been inspired by my own journey to faith. Not only will Matt battle with finding meaning in the loss of his friend, but he will also have to deal with the consequences of a choice that was not his own. Nightmares have haunted him on and off for years since his ex-girlfriend decided to have an abortion. Dreams of a faceless little girl calling for daddy, will have him questioning the meaning of life, and God's love.

The dream life he built for himself has been shattered in pieces, and as he struggles to piece them back together, the questions that haunt him will demand answers.

Video: The Search for Reason by Michael E. Dreher 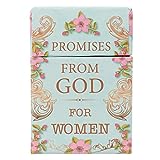 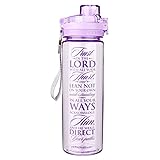