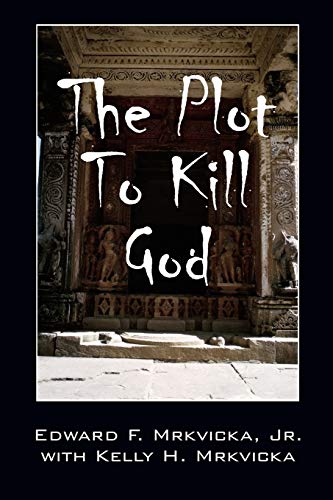 about this book: As we near the Second-Coming, the battle between good and evil intensifies. Sadly, the forces of evil are winning; mainly because too many Christians and the churches they attend are going along to get along. They'll stand for God -- as long as they can do so in silence. If their "faith" costs them anything, they want no part of it.

The Bible warns us that we must know the enemy, but most of us are clueless. It's so much easier to bury our heads in the sand and act like everything is okay -- even though we know it's not.

And in return for Christ's sacrifice, most of us remain mute. We've quietly let Him be kicked out of our places of business, our schools, our government (at all levels), our courts, and in some cases our churches and homes. And then when we need Him, in unmitigated hypocrisy, we call for a National Day of Prayer (for example: immediately after 9/11).

Through our complicit silence we've joined God's enemies in denying Him. They do it because they hate Him. We do it out of fear of, for example, radical feminists who believe in abortion on demand, homosexuals who defile our way of life and themselves, and Progressive political groups whose sole purpose is to take from us the freedoms given to us by our holy God.

The spiritual war we're facing is almost at an end. What we do, or don't do, will determine the outcome.

Jesus said it best in Matthew 12:30. He who is not with Me is against Me. That's about as simple and direct as it can get. The war between good and evil is raging, and acting as if you're a neutral nation in WWII is no longer an option.

The choice is ours. We either stand with Christ or we become His enemy.

But being on God's side isn't easy, and He wants us to know that before we commit.

If you're having trouble choosing sides in the battle, understand this…being non-committal is choosing evil over good. Dante (Alighieri) correctly said, "The darkest places in hell are reserved for those who maintain their neutrality in times of moral crisis."

Sadly, we procrastinate while living in sin, always believing that we have time to see things God's way, that there's always tomorrow. But for far too many, tomorrow never comes.

It's either good or evil, life or death, Christ or Satan. Please, as a life-long student of the Word, I beg you, on bended knee, choose wisely. Choose knowing that staying silent is choosing evil, as a vote not cast is always a vote for the opposition.

Finally, my brethren, be strong in the Lord and in the power of His might. Put on the whole armor of God, that you may be able to stand against the wiles of the devil. For we do not wrestle against flesh and blood, but against principalities, against powers, against the rulers of the darkness of this age, against spiritual hosts of wickedness in heavenly places. (Ephesians 6:10-12)

The most imperative and personal point in The Plot to Kill God is this: Only those who stand for God in this life will stand with Him in the next.