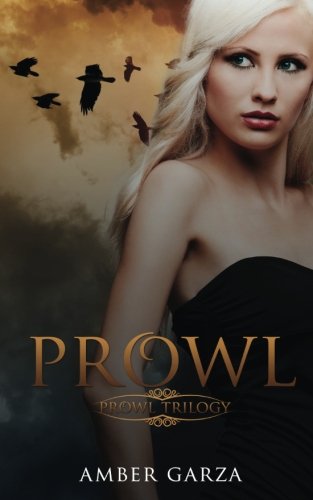 about this book: PROWL is the first book in the Prowl Trilogy. The sequel ENTICE was released on March 14, 2012. Prowl is a young adult christian thriller about a seventeen-year-old girl named Mackenzie Smith who lives in Washington with her mom. When she is sent to her grandma's house in Folsom, California for the summer she is fully prepared for the longest, most boring three months of her life. But then she meets Wesley. He tells her exactly what she wants to hear and has information about her past no one else knows. It's almost like he can read her mind. Only Wesley isn't who he seems. By the time Mackenzie discovers his true identity it may be too late. She's in too deep and he won't let her go. Now Mackenzie must call on the strongest power of all in order to save her life.

The title is based on 1 Peter 5:8 - Your enemy the devil prowls like a roaring lion seeking someone to devour. My intended readers are middle school age to teenagers. However, I have a lot of adult readers who are enjoying the book. My main goal for my readers is that they are entertained...and maybe even a little scared. But more than that, I want them to glean a message of hope and truth.