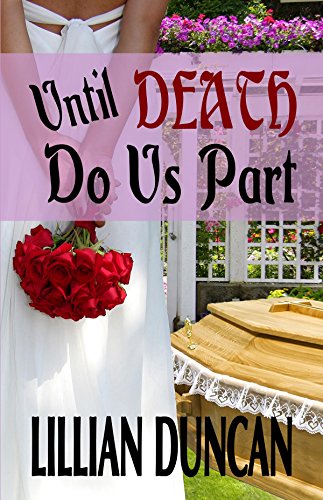 Book: Until Death Do Us Part by Lillian Duncan

about this book: You first met and fell in love with Reggie and Dylan in PURSUED. Now, they are living their happily-ever-after...or at least that's what they want. But things are never that simple, are they?

When Reggie vowed until death do us part, she had no idea how close she'd come.

Newlywed Reggie Monroe struggles to find her happily-ever-after. As much as she loves her husband, she finds life as a farmer's wife to be overwhelming as she attempts to be the perfect wife in rural Ohio.

When Dylan receives a mysterious message from his best friend, he knows trouble is brewing. He also knows Reggie well enough to know she'll want to be involved. To keep Reggie safe, he encourages her to visit friends. But keeping secrets from Reggie is never a good idea. It only makes her more curious—and everyone knows that curiosity killed the cat!

Until Death Do Us Part becomes more than words as Reggie struggles to stay alive and reunite with her husband.

This books shows life doesn't end after the romance!