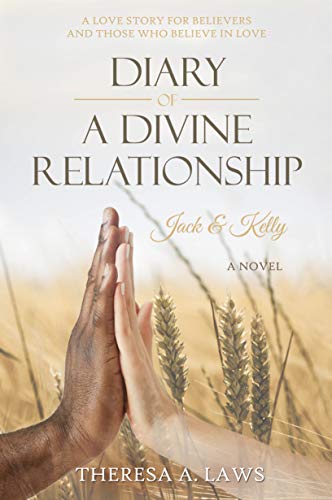 about this book: Kelly Sanders had no idea someone like Jack Riley would be interested in her. After all, she and others felt she didn't qualify. She was born with a disadvantage but pushed herself to the limits and succeeded where others thought she would surely fail. The young and handsome Jack, was pursuing a higher political office but quickly for Kelly, after meeting her on the off-chance. He would not let go even after "finding out" about her seeming disadvantages as told by her mother and the witness of his own eyes.

This book has a great message on the value of each human being. This is for all those that feel they've been overlooked. I hesitated on the ending of the book and I started to write a sequel to change the ending. You decide.

Wow, what a beautiful book. I found myself picking it up every chance I got.
Katie: Goodreads

I was immediately pulled in. This book is intriguing from page 1 and doesn't stop until the end.
Rachel: Goodreads

Video: Diary of a Divine Relationship Jack and Kelly