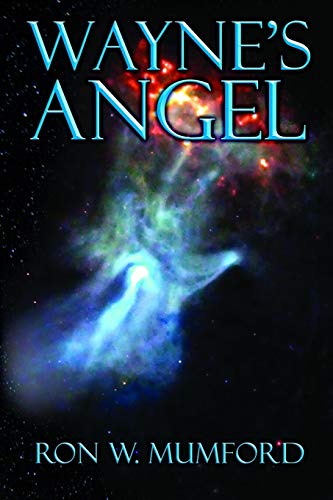 about this book: Wayne's Angel is about a talented rock n roll/C&W singer, musician and impersonator of just about any singer you can imagine. All the ladies loved Wayne Tyler and he tried his best to love all the ladies.

When Wayne was down on his luck, he auditions at a club in Clear Lake, Texas named Tequilaville...just across the street from the Johnson Space Center near Houston. That's where he meets Abby Hawkins. She's a smart, grounded, beautiful club owner along with his father, Daddy Hank.

Never married, Abby decides that Wayne is the "one" for her and tells Daddy Hank, "It's time to undo the laces. I'm taking Wayne home with me tonight."

and Abby asks Wayne to write her a love song. Problem is, Wayne knows nothing about love. Bella, Abby's colorful, world-wise "sister" believes that Wayne will break Abby's heart and makes Abby think that she has slept with Wayne. The fireworks begin.

Wayne tries, with the help of a bottle of tequila, to write Abby a love song to get back in her good graces. Instead, he gets drunk, hot wires a boat late at night and cruises out to Red Fish Island in Galveston Bay. There he finishes the bottle, throws it into the bay and jumps in to end it all. That's where the supernatural explodes.

A water spout takes Wayne to another dimension called Between; between day & night, life & death, between heaven and hell. There he meets his angel, Gordon, as in Guardian and is given three choices. Wayne chooses to face his demons. If he is successful, he will know what real love is. If he does not...well, it gets real bad real quick. This is the first book of a trilogy. Book two entitled "Betwixt" is on Amazon. Get ready for late nights...