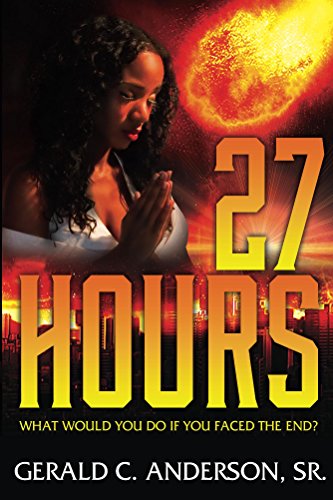 about this book: The inspiration behind 27 Hours came from the belief that the world would end because of the Mayan calendar. I used the date (December 21, 2012) as the end date that the asteroid was to strike Earth and destroy it. This event is the back drop to what challenges Christians and what they believe in. Writing a Christian story about faith was personal to me because of my testimony. In early 2004, I was told that I couldn’t have a child. I was devastated but my wife’s faith was strong enough to carry us both. Late in 2004 we found out that we were having a child. I knew then that God could do anything and I had to write a story with faith at the center. I also decided to add a Bible study at the end of the book on faith and relating it back to the characters in the story. Many of my readers really enjoyed this as they commented that it made the book more personal to them. In the end I pray that everyone who reads this story will ask themselves, “What would I do if I were facing the end?"

Video: 27 Hours - What Would You Do If You Faced the End? by Gerald C. Anderson, Sr.