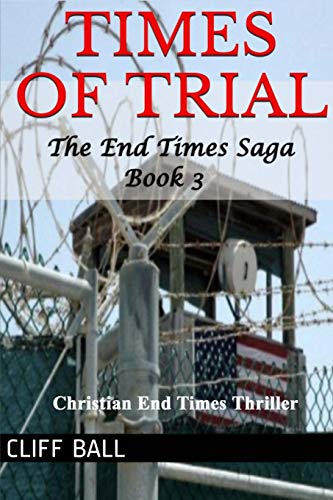 about this book: Times of Trial is the second novel in my End Times Saga. It's a parallel novel to Times of Trouble, but can be read as a stand-alone if you so choose.

The main characters consist of the Tyler family and the White family. The Tyler's take care of a dying church in Tucson, while the White's decide to leave for a Doomsday Prepper camp in Wyoming since they want to escape the increasing persecution of Christians in their area.

In the meantime, President Collins and his patron, Michael Evans, initiate plans that have been in the works for many decades that will rid the U.S. of people who do not bow down to the government. True believer Christians are rounded up and put into internment camps. In the rest of the world, Iran decides to launch nukes at Israel, and Israel strikes back, causing Iran to go back to the Stone Age.

The Christians are raptured before Evans becomes the leader of the One World Government as the End Times approach.