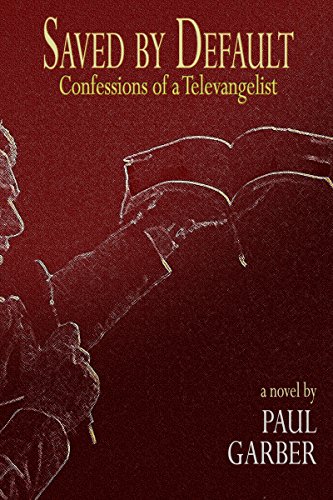 Book: Saved by Default - Confessions of a Televangelist by Paul D. Garber

about this book: Saved By Default is a novel written from the perspective of a man who has worked in Christian radio and television for over fifty years. As a pioneer in the business of Christian television he has seen behind the scenes as preacher after preacher went from obscurity to great fame and obscene fortunes. The question that has stirred in the mind of many, "What caused them to fail?" was the prompting for this story.

In the beginning they seem to be honest and sincere, with the most Holy intentions. Is it the money? Is it the "star treatment?" Is it temptation so great that no one can resist? What exactly causes a man with a successful anointed ministry to fall into sin and lose it all.

The main character, David Randall, has grown up in a pastors home. Over the years, he has absorbed all the qualities of a Christian and has taught himself to be an eloquent preacher. He has learned to look, talk, and act like a Spirit filled Christian, but his inside man is still vulnerable to the attraction of evil. His secret life eventually catches up with him, and this becomes a story of the incredible forgiveness and grace of our God.