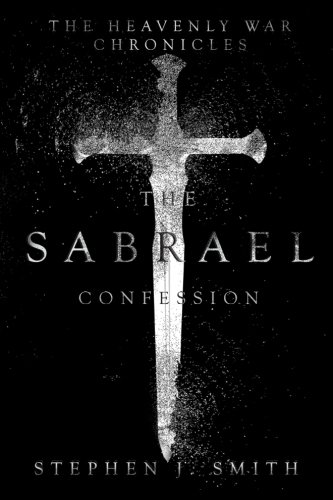 about this book: There's something about the idea of a war in Heaven that's always intrigued me. Ever since I was young, the notion of winged warriors fighting on the front lines of a potentially eternal conflict has fueled my imagination like nothing else. At some point I read Anne Rice's Vampire Chronicles, and her masterful technique of telling stories of otherworldly creatures from their own perspectives had me hooked. I realized I had a compelling way to explore the war of the angels like nothing I'd ever read before.

"The Sabrael Confession" is an action-packed account of one angel's experiences in the war. It's an adventure spanning millennia that uses real historical detail to put the reader into the thick of ancient cities and civilizations, tracking Sabrael as he masquerades as a human from the dusty walkways of first-century Jerusalem through the forests of tribal Europe and Chichén Itzá to the streets of modern day. Sabrael's story features pulse-pounding swordfights, both individual as well as full-scale battles, and sheds light on details behind Biblical events from the perspective of a character who witnessed them firsthand, illuminating the reader to the war being fought all around us, just beyond the limits of our perception.

But most importantly, the book delves into the mind of an angel whose insecurities and search for meaning plague him more vehemently than any of his fallen brothers. His doubts, fears and triumphs lead him on an extraordinary journey through time, one that's been called an "enthralling piece of fiction" (Cheryl E. Rodriguez, Readers' Favorite Reviews). Through Sabrael's intimate tale, I was able to write the book that I'd been waiting to read for so long.