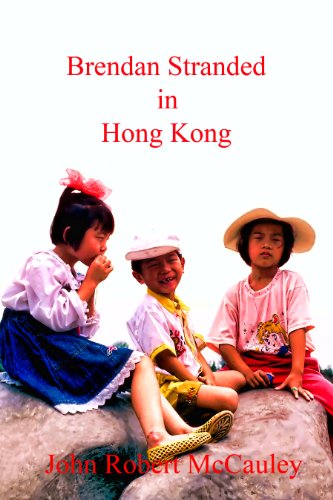 about this book: Several years ago, the Author traveled from Los Angeles to Japan with stopovers in Hong Kong on the way there and Honolulu on the way back. After spending a day in Hong Kong, the Author met a Chinese Travel Agent, who told him about the magical trips to rural China to meet the real Chinese people, who hadn't been governed by the British. In this regard, there were several international crises in 2012, which were of a great concern to the United States. In the Syrian crisis, there was a steady stream of arms flowing into the country. If the weapons were from China would the United States impose an embargo or trade sanctions on China as they had done to Cuba and Iran? If the embargo happened, what would happen to the businessmen stranded in Hong Kong? How would those businessmen spend their time?

In this story, Brendan, a pharmaceutical salesman, had enough perpetual stresses due to his job and the embargo and did not want to stay glued to his hotel. The young man reluctantly embarks on a journey, and finds himself drawn to the mystical beauty and hardships of the people of the land, where he is stranded. Let's just hang out with Brendan as he explores the cultural and historical charms of China.