about this book: The Chase Danger, Super Spy Book Series follows the adventures of young Chase defeating villain after villain to make his home a safer place. He shows bravery and intelligence in the face of danger and manages to be victorious through his endurance and tenacity. In Book #1, giant monsters, villains and potions fight Chase while he fights back with super flying cars, spy-gadgets and his super-spy moves. Along the way he befriends Ali Bali, who also happens to be a princess of Pineapple Island (see Book #2).

This series is meant to bring to life the many typical things that kids of the age 4-8 find mesmerizing: Super-heroes, cars, flying saucers, dinosaurs, monsters, pizza, pirates and princesses in the first 2 books, and much more to come.

Our son Chase, 4 years-old at the time, proclaimed one day that he wanted to make a super-spy movie. After explaining to him how impossible that would be to do "right now", it slowly came into our minds that we could write a book instead, for fun. 4 months later, after many re-writes, bringing an illustrator on board, and recording an entire cast, we had finished our first book. It began with writing down all of Chase's ideas and then forming them into a story that made sense.

We enjoyed read-along books very much as a child and are thrilled to have contributed to this area with the help of our son and family. We hope that children will be drawn to the book through the expressive, action-filled illustrations, enjoy the story, and listen to the read-along theater and music many times. 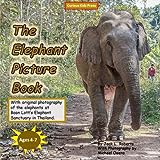