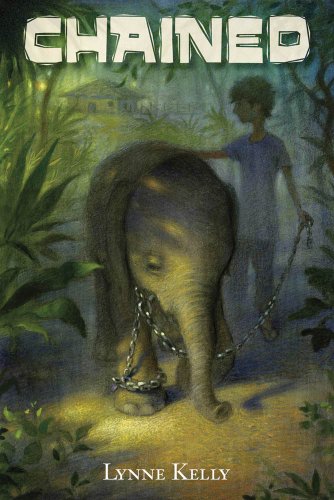 about this book: Chained is a children's novel about 10-year-old Hastin, who leaves his home in Northern India to work as an elephant keeper to help his family.

I got the idea for the book in 2006, when I heard that a young elephant who's captured and chained up or tied up will struggle very hard to break free, but once it gives up, it gives up forever. So years later, the full-grown elephant is still tethered by that small rope or chain that it could easily break away from, if only it knew it could.

At first I was thinking about writing a picture book about that, with an elephant who's captured from her home to work as a show elephant, and finally learns she can break free and escape. Some people who critiqued the manuscript thought that it seemed like a good story, but one that needed to be told as a novel. That hadn't occurred to me, but I decided to try it. It was later that I added the main character, Hastin. He too wishes to escape the elephant show and return home, so he and the elephant have parallel lives as captives. Their friendship grows during their time together, and Hastin does all he can to protect the elephant, Nandita.

I took about three years to write the novel, partly because I was new to writing and because I did a lot of research about elephants and India. I found my literary agent in 2010, and the book sold to a publisher shortly after that. Two years later, it was finally a real book!

• "First novelist Kelly crafts a layered, convincing tale of interspecies friendship between individuals who care for each other within the confines of enslavement."
— The Horn Book

• "With a well-knit plot, vivid setting, and tightening web of suspense, this novel is both an affecting animal story and a well-paced adventure."
— School Library Journal 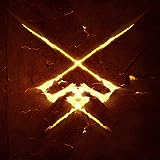