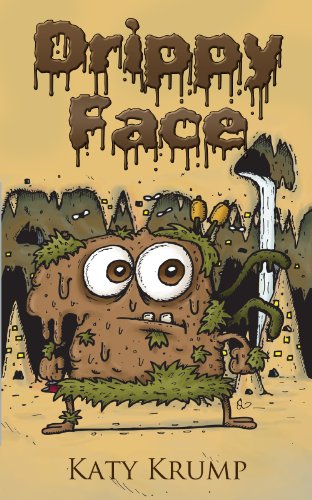 about this book: You think your life is tough? Pete's made of bog and that's not even the worst thing about his life. Pete is one of the Krusterati, an ancient civilisation evolved from and part of the earth ... actually, they are the earth, but alive! Each one is different, some are solid rock, others are sandy or soggy or sloshy but they live and breathe and love just like us. Really, they do.

But being boggy has its issues, not least an annoying sister called Gilda, who is one of the Precious, an elite group that have precious metals, stones and minerals embedded in their bodies. Gilda has a gaudy gold vein running through her body and never lets poor Pete and his drippy face forget it. She's more valuable than he is, you see, and is in constant danger of being 'collected' and sold to a faceless foe, known only as 'Joolry', so she's spoiled, protected, cosseted. It's annoying. As if that's not bad enough, Pete's brother Sandy collapses into a pile of dust when scared and his mother Iggy, who has a streak of lava in her blood, literally blows her top when angry - lava everywhere. It's not pretty.

The Krust is filled with quirky characters, Grandpa Fossil who thinks he's descended from a monolith, Magma PI, the hottest detective underground and MacTar, a bounty hunter descended from the high road to bonnie Scotland. There's danger from the terrifying collectors who live Up Top, Volcanus and his Lava Louts who live in The Depths and black market scum Slimeski and Sludgnik, not to mention the earth above that is being torn apart by diggers and miners.

Drippy Face is about a dysfunctional family living in a crumbling subterranean world. It's about sibling rivalry, friendship, growing up and geology. What do you mean that's weird?

Drippy Face has recently been picked up by Nickelodeon and CBBC who are interested in adapting it for TV and/or film.

Keith Chapman, creator of Bob the Builder and Fifi and the Flowertots, said 'Really interesting - would make a great feature film!'

• 'I absolutely loved reading this book because the storyline is great. Also the characters are very interesting because their names and their personalities are all different!' — Limonie Sunderland (age 11)

• 'It is exceptionally imaginative, think Toy Story meets The Gremlins, but for children. Quite simply put, it is completely and wholly original' — Dan Thompson, author