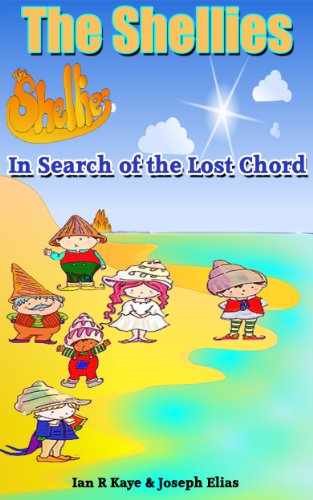 Book: The Shellies by Ian Kaye

about this book: Walking along a beach, daydreaming along to the rhythm of the waves,the idea of The Shellies entered my thoughts. Each of these characters included the persona of individuals which I had encountered in real life. Most of us have come across a person wanting to take charge, to be the 'boss' that formed the basis of Crabby's character. A self-appointed leader secretly admired and loved by his friends, who spends his time trying to 'square circles' to improve the well being of the group. Poet, daydreams the day away quite happy to swap reason for rhyme, an essential member of the team with his optimistic take on the world. Rainbow is ever cheerful, willing to lighten the mood whether it be singing or offering encouragement. Barnacle, a skilled adventurer and sailor. Muscle providing strength always ready to help. Star an inquisitive soul forever annoying Crabby. Pearl a distant relative of the others adds her own brand of insight to life's little problems. The group is completed by Kitty a bird willing to journey far and wide for the cause and by the Sea Urchins.

Imagine trying to communicate in a world without mobile phones! The Shellies soon solved that problem by inventing a message board and a code to accompany it.

Attempting to reach the top of a cliff certainly produced a gigantic problem for the group, till Rainbow invented her masterpiece the 'Hatch.'

Research for this and future books featuring the gang proved most fun. Strolling along the beach, seeing how waves could be used to power simple devices.

As Summer ends and the fall commences, the characters planned a celebration to take place near to the promenade, borrowing from an English tradition I decided this fun event should be called 'the Last Night of the Proms.' The main performers of the musical finale having gone missing, the title In Search of the Lost Chord seemed an obvious choice.

For me,the hardest part of creating this (or any other work)is sitting down and putting my thoughts onto paper-writing the story.

The realization of how difficult it can be to turn a base idea into a product was reinforced by this project. Perhaps I should listen to the advice of Crabby to get on with the task and to stop being 'a silly Shellie!'