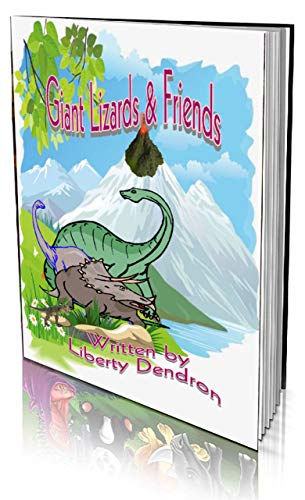 about this book: Brat, a really big dinosaur comes to stay. The other dinosaurs found his differences a annoying, but when trouble comes, they realized being different can be a blessing. (I call dinosaur giant lizards)

Millions of years ago, long before there were any people, there were dinosaurs. Dinosaurs were one of several kinds of prehistoric reptiles that lived during the Mesozoic era, the "Age of Reptiles."

They dominated the Earth for over 165 million years during the Mesozoic era, mysteriously they went extinct; paleontologists study their fossil remains to learn about the amazing prehistoric world of dinosaurs.

The largest dinosaurs were over 100 feet (30 m) long and up to 50 feet (15 m) tall The smallest dinosaurs, were about the size of a chicken. Most dinosaurs were in-between. There were lots of different kinds of dinosaurs that lived at different times. Some were armor-plated; some had horns, crests, spikes, or frills. Some had thick, bumpy skin, and some even had feathers.

Mamba Books & Publishing. I have developed a website to allow you to get to know our products. Our website is open 24 hours a day.

I will add books and company information to my website mambabooks.com when they are published. All of my books a written by the author …Liberty Dendron… or L. A. Johnson Jr. Visit me at mambabooks.com or mambabooks.biz