about this book: As suspected, one e-book featuring Ted Bear was never going to be enough for this delightful (if somewhat demanding) fellow. At least this time, he agreed to share the spotlight with his best mates, posing with them all over the house to prove that he does more than just sit in his chair.

In the fourth book of the 'Small Folk Tales' series, readers will meet intriguing new characters – Gertie Galah and Betsy, Captain Chas and Crow Bear. Some old faces – Gran and Grandpa – appear again to offer more advice and loving support, along with a couple of brand new ones – visitors enjoying a farm holiday – Jemima and Billow the seal.

Christine soon found resistance was useless to Ted Bear and his posturing and pouting, and settled down to create memorable cameos about his mates and his 'shenanigans' (an apt word for all that Ted Bear gets up to when the house is quiet and no-one is looking!). Doesn't take too much imagination to see where the 'almost unbearable' part of the book's title emerged from.

The opening of the book – 'Telling Mum what to Write' – clearly demonstrates how Ted hangs over Christine's shoulder, hounding her relentlessly to tell his stories, to share his love (constantly demonstrated by his 'cuddleability' and ever-faithful 'shoulder to cry on'). "This was a book that almost wrote itself," Christine says. "With a character like Ted Bear, the tales jumped off my pencil onto the paper with a life of their own!"

Other books by Christine Larsen (more) 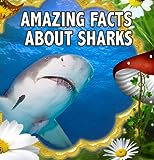 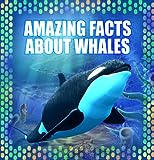