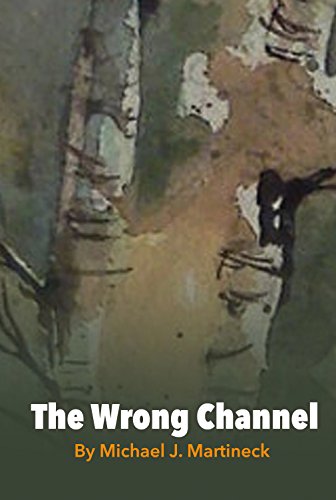 Book: The Wrong Channel - Book 2 of The Misspellers by Michael J. Martineck

about this book: In this sequel to The Misspellers, Carlin and Jack are back. Mr. Bough is not. He's never around when they need him. Holes flying in the night sky, a plot to bring dragons to Strawberry Island and that nagging feeling that the TV is watching you - this really is one of those summer evenings when they could use his help. Without him will they have to rely on Todd? An evil fairy? Some nights look like they can't get any worse . . . until they do.

The Wrong Channel starts where The Misspellers ended – on an island in upstate New York where magic seeps in through the veil. Some try to take advantage of it, others work very hard to keep it all a secret.

I live on an island in up-state New York, with my wife and daughter and son. I've written lots of little things, like ads and articles, comic books (for DC), short stories, as well as a few big things, like my novel for older(ish) readers, Cinco de Mayo, which while not actually being large in terms of girth, weight or number sold, was a huge amount of fun.