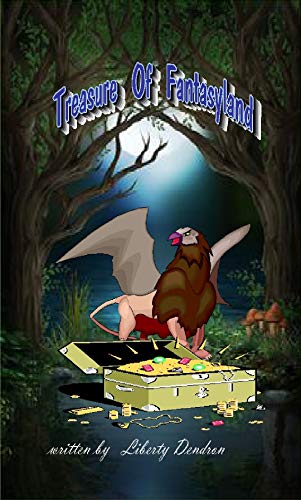 about this book: A page-turning tale about a young woman suddenly taken back in time to a magical world. In 1764. Percy Johnson has a sworn secret that must be passed on only to Janice. When Janice finally arrives, so begin a quest to discover its meaning; she was there to help Yammah to take back what is rightfully his……

With a band of Chosen Men, Yammah begins an unforgiving journey that will see him face the challenge of new enemies. Ruling over his rivals was a witch who lives in a cave, with a Wild Beast. She's Carl Vincent's wife. She will stop at nothing to prevent Janice from finding the Treasure of Fantasyland …

Barely armed and with only a handful of men, Yummah journey across the country threw the forest, with his band of tribesmen in a race against time. But unbeknown to Yammah, someone else is also closing in on his prey: Tumbi, his nemesis, the man who would try to kill him.

In the battle that had ensues, their army is slaughtered almost to a man. Badly wounded, Yammah barely escapes with his life and his father is among those wounded.

Yummah fought like a man possessed, but slowly, a step at a time; he was driven backwards by Tumbi's strength. Time and again Yummah's superior swordsmanship forced Tumbi to attack, time and again Tumbi's brute power not only saved him but forced Yummah back on the defensive. Several times Ben found he had forgotten to breath and sucked in air with desperate gasps. He was exhausted, just watching, the two men battled, Yummah was holding his own but stepping backward, and then another…..