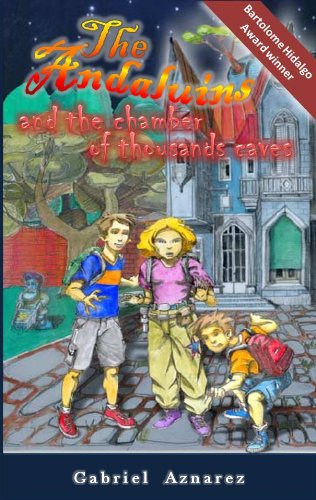 Book: The Andaluins - The Chamber of Thousands Caves by Gabriel Aznarez

about this book: Do not believe in everything they thought you, because maybe is not the whole truth… The universe in much more complicated than we ever could imagine.

Open the pages to an unimaginable Universe. A universe divided because hatred and destruction in seven different dimensions: Hellmon, Degenmon, Decadunol, Realdan, Bosquin, Magijall and Espirven… Come and meet incredible creatures, outrageous heroes and an amazing story, because maybe it's still a hope…

The universe is much more complex than we ever imagined and only some know the truth revealed… In the beginning of time, the universe lived peacefully and in harmony until a terrible and unspeakable sorts of events happened and the balance was broken. Internal wars populated the universe and the chaos reigned. The Great Creator decided then to take part and divided the universe in seven watertight dimensions. In order to circulate among them, he created the "Enclosure of the Thousand Caves", where it placed the access doors to these dimensions. Then, formed a chaste of soldiers, "The Andaluins", so that they protected this magical enclosure of the hands of evil, and thus the universe followed its course by thousands of years more. Three brothers accidentally discover this enclosure and the only Andaluins left and are recruited like continuators of the chaste of guardians' soldiers. From then, incredible adventures wait for these three boys, but evil is after them…

The Andaluins Saga has been awarded with the "Bartolomé Hidalgo award" for best children's and YA saga in 2010.

Video 1: Aliens invasion: the final confrontation has begun...
Video 2: A visit to the Chamber of Thousands Caves 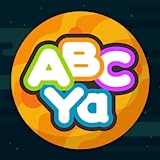