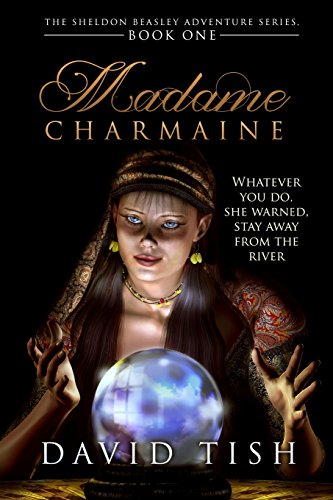 about this book: Back to the Future
or …
How a Refrigerator Magnet Changed My Life

Life can be so interesting sometimes. Do you find that to be true?

Take my life in 2007, for example. I was a copy editor at the Seattle Post-Intelligencer. My wife, Mary, was a free-lance book editor. We lived in a beautiful Craftsman bungalow that we had lovingly renovated over the years. We loved our jobs. We loved Seattle.

But … (isn’t there always a but?) I was 67 years old, two years past what is generally considered the age of retirement. I could have stayed on at the P-I for as long as my health permitted, and my health (back then as now) was very good.

But ... (see what I mean?) I was conflicted. On the one hand I didn’t want to die in the harness. I wanted to try out that crazy thing called “retirement.” On the other hand, I had heard all the scary stories about people who quickly died after they retired, presumably because without a job their life no longer had meaning. Then there was the thorny problem of how to keep up with our rather large monthly mortgage payment when I no longer had an income.

So I went back and forth for some time on whether to retire.

Then one day a small package with my name on it appeared on my desk at home. I opened it and found, of all things, a refrigerator magnet with these three words on it:

It was Mary’s way of saying that whatever I decided to do was just fine with her. But the exact moment I read those words I knew what I wanted to do.

That very night I wrote my letter of resignation, and Mary and I began laying plans for my retirement.

And I have never looked back.

Except that I have … in a way.

The first five or so years of my retirement were spent caring for the acreage we bought near Tieton, Wash., after I retired, running my border collie in the sport of dog agility, gardening, and waking up every morning with the delicious realization that I didn’t have to go to a JOB that day.

And I’m still doing all those things. But earlier this year (2013) I began getting a call from my past – and from my writing muse – and I couldn’t ignore it. So at age 74 I picked up my pen and began to tell stories, unlocking treasures from my childhood in Nebraska and my imagination.

In other words, I began to look back.

And what I have found there is my future.

Looking back is what spawned "Madame Charmaine", which has a strong autobiographical flavor. Here is a synopsis of the book:

“ 'Madame Charmaine' chronicles the adventure one summer of four close friends, three boys and a girl, all 12 years old, who discover a locked 'treasure chest' half buried in the sandy shore of the Missouri River following a spring flood. As they play detective and try to find out who buried the chest and what its strange content means, they meet up with a tall, mysterious woman in a turban and soon find out that they are playing a dangerous game and are nearly buried alive in a grave of their own digging.”

The book’s setting is a small town in Nebraska. I grew up in a small Nebraska town. The four main characters are composites of kids I grew up with, with a bit of David Tish thrown in as well. The townspeople are based on people I knew back then, the 1940s and ‘50s.

The pancake-eating contest, which is told in hilarious detail in the book, actually took place. So did the building of the raft that the three boys took out on the Missouri River.

"Madame Charmaine" is fiction for real life. There are no zombies or superheroes in the book. I spent decades telling others’ real-life stories, and I met thousands of people who needed to have their experiences unwound and written in a way that would resonate with readers. I’ve employed the same concept here – it’s a book of adventure, suspense and humor – and I hope you’ll enjoy it.

I have a lot of story ideas in my memory bank, and I’m looking forward to writing them for you.

That’s the funny part of life – you can look back and forward at the same time.

"Madame Charmaine" is part one of "The Sheldon Beasley Series". Part two, "Auntie Maim, Revenge of the Homophones", is due out soon.