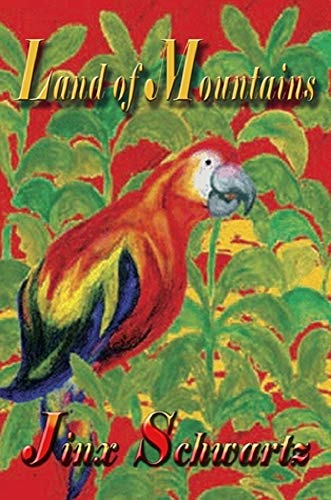 about this book: My third book, Land of Mountains, is a fictography, a term I lifted from John Grisham's A Painted House.

While it might sound strange in the light of today's news, my favorite childhood years were spent in Haiti. We lived in a construction camp in the mountains, miles from any city, light years from our native Texas. Or was it? My parents were raised in the country, so had learned self-sufficiency from birth; making a life in a Haitian jungle wasn't as far-fetched for them as it might have been for their city slicker cousins. And it was the 50's, so not having television, telephones, or radios were simply reminiscent of their own childhoods.

As for me and my best friend, Dorothy (Doo Doo Boudreaux in the book) it was pretty much a kid's paradise. We had horses to ride, books to read, mountains to climb, rivers to swim, and voodoo to explore. It was those years that inspired me to write a highly fictionalized version of our lives, but based more on truth than one might suspect. Did I really meet a zombie? Sort of.

Other books by Jinx Schwartz